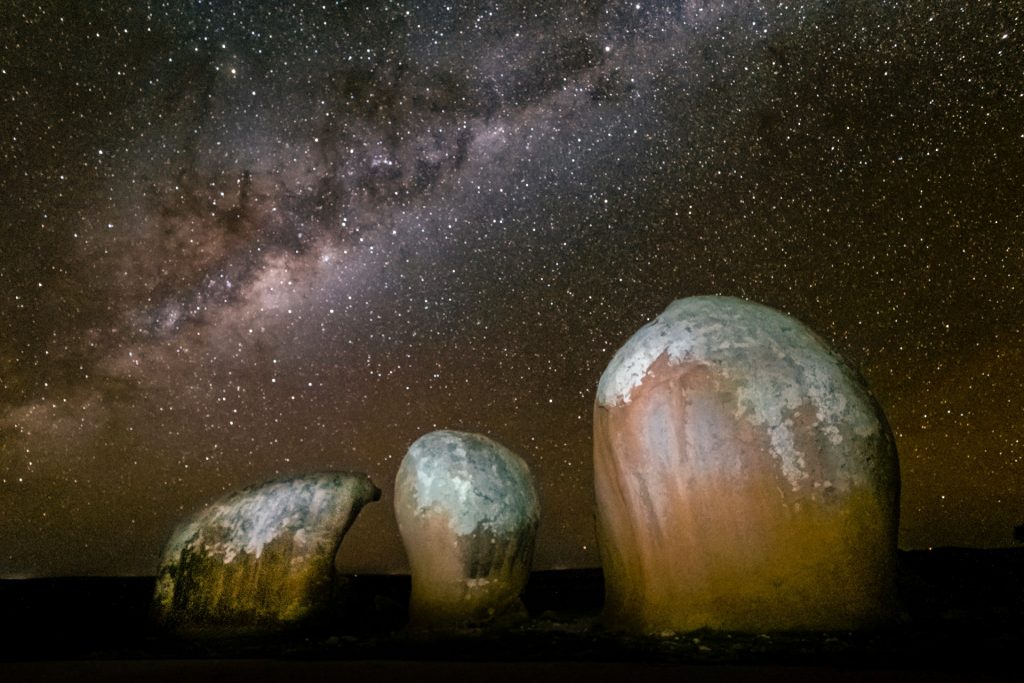 Back on the road in South Australia! First stop, Streaky Bay.

We may not be able to cross state borders yet, but the announcement that we could travel within South Australia from May 11th, meant we could finally continue our 360in360 project!

So with seven weeks of built-up wanderlust, and one over-priced bottle of hand sanitiser, we traversed the bottom of South Australia to reach Streaky Bay.

Australia has many quirks in its landscape, incredible spots that few people know about. Here, we have certainly discovered a few such places.

There are the vast expanses of white sand dunes, with constantly changing patterns and craters carved by the wind. Walking on them almost feels like treading on a piece of fine art! At sunset in the dunes, the sky turns from pink, to purple, to dark blue, then glistens with billions of stars. 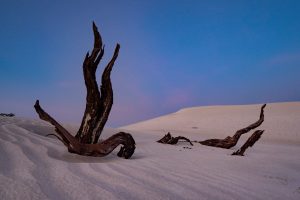 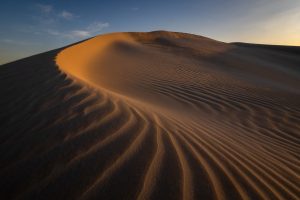 To make the most of the clear skies, we camped overnight in the dunes with our cameras pointed into space for some astro-photography. It was surreal to camp in that white moon-scape, so quiet and still, and with the brightly lit Milky Way arching over us. 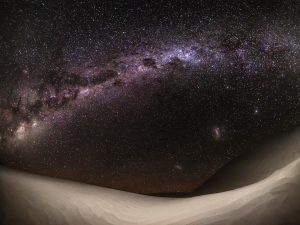 In contrast to the ever shape-shifting dunes, some of Australia’s most ancient rock structures tower in the middle of a nearby field. “Murphy’s Haystacks” have taken 1600 million years to be sculpted by the elements, and are another natural work of art. They look much more interesting than haystacks…. more like Picasso’s version of Stonehenge. 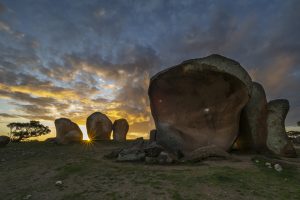 Along the coast, the glowing blue water of the Great Australian Bight, meets the rugged beauty of the sandstone cliffs. Staring into the deep blue, its exciting to wonder what is hidden below the surface of some of the most pristine waters in the world.

At the stunning Point Labatt lookout, we watched endangered Australian Sealions lazing on the sand, fat from foraging on the Great Southern Reef. One of them bore a massive crescent-shaped bite scar, a sign of just how wild these oceans are below the surface. 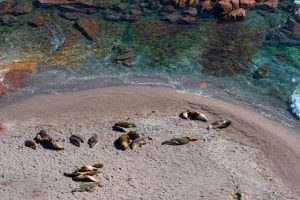 With a slow trickle of nomads arriving in our campground, it’s clear that this remote area is starting to come back to life after lockdown, even though there is still a long way to go until the new normal.

We have another week here in Streaky Bay, and will post another update soon! 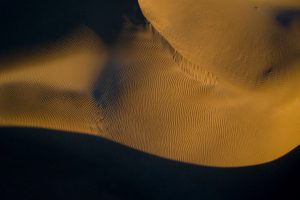