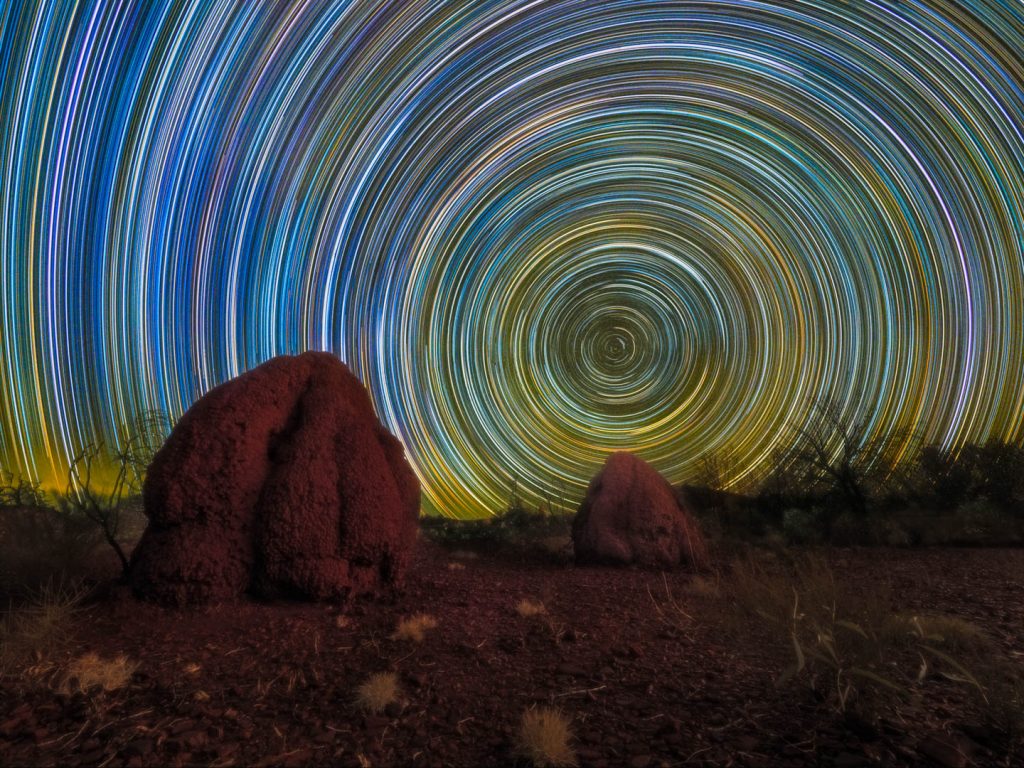 The sun is barely over the horizon, the air is warm and dry, and it has only just turned 5am.  Just another typical morning in Karijini National Park.  Spinifex and red earth dominate the ranges, and termite mounds extrude from the ground – a stunning Pilbara scene.  But It’s so hot during the day that the best place to be is in the gorges that are etched deep into the vast landscape.

Billions of years of erosion have carved these spectacular canyons into the earth.  Naturally sculpted chasms lead to hidden pools which have become an oasis for anyone venturing down into the depths.

Once inside the gorges, there’s awe-inspiring scenery at every turn.  But we did have our favourites – Hancock Gorge was one.  Carrying our cameras in dry-bags, we waded through streams further into the canyon system. Narrow squeezes and trickling waterways led to a well-earned swim at the end, in little piece of paradise called Kermit’s pool. 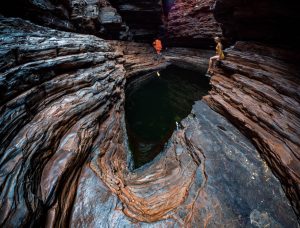 Each gorge had something unique about it. Hamersley Gorge has a little gem called Spa Pool which is one of the most photographed spots in Karijini, but despite its popularity it still felt peaceful and remote.  We were here to join the ranks of photographers who have captured a piece of the park on camera. 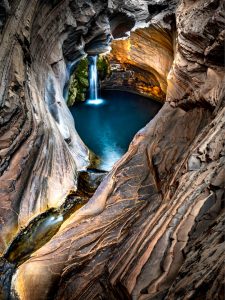 Driving through Karijini, we learned to keep an eye out for the resident Bungarras.  These elegant lizards, their skin intricately patterned with yellow & brown, emerge from the bush and crawl onto the red-dirt roads.  They bask in the sun, soaking up heat – the exact opposite to us, as we retreat into the coolest place possible. 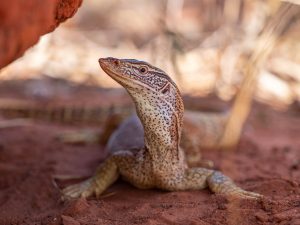 As temperatures soared in the afternoon, a daily pilgrimage to Dales Gorge and the beautiful Fern Pool was literally a lifesaver.  Plunging into the cool water, and getting a power-shower under the waterfall immediately revived us.  Then, as if we weren’t pampered enough, a school of small fish were on hand to give pedicures.  So we could sit by the pool, listening to the sound of waterfalls and the squawking of fruit-bats, dangling our feet into the fishy-foot-spa. 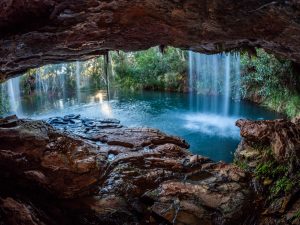 Back at camp, there was no electricity, no lights, no technology.  So in the evening there was nothing left to do but appreciate the sunsets, and watch as the night sky revealed millions of stars.  A beautifully isolated, back-to-nature experience. 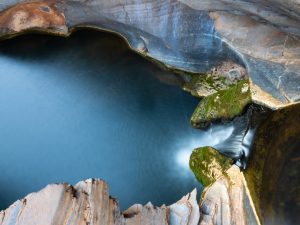 Karijini is the traditional home of the Banyjima, Kurrama and Innawonga people. We acknowledge the traditional owners and thank them for welcoming us to their beautiful country.