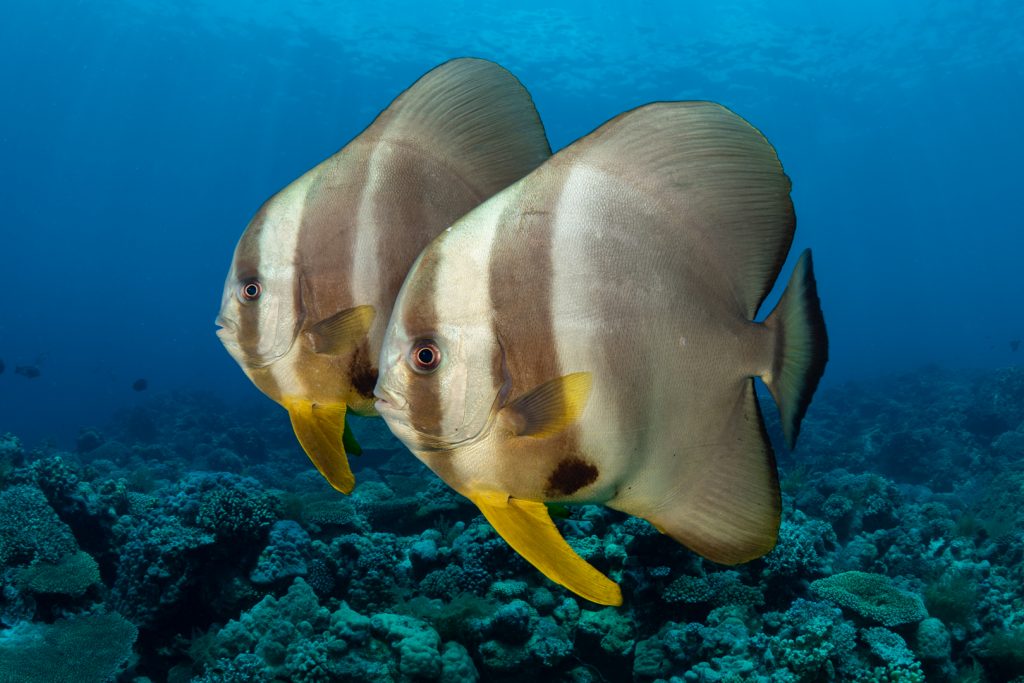 Imagine being in the open ocean, hundreds of kilometres from land, in the centre a coral atoll which rises to the surface from 400 metres.  Apart from the encircling shallow reefs, there’s nothing else but deep blue ocean.  Welcome to the Rowley Shoals Marine Park. 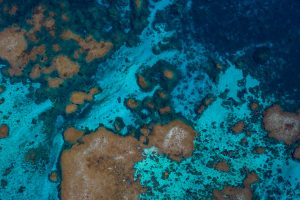 It was hard to believe that nearly 300km from the protection of land, the ocean was dead calm, with only a few ripples from the warm breeze.  But the calm surface belies the power of the tides that pour in and out of the oval-shaped atoll each day.   Funneled through a few small channels, the tides gather tremendous speed, which makes for some truly adrenalin-filled drifts. 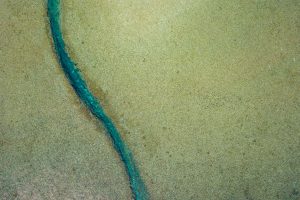 Small channel through the atoll

Once you are in the channel for a drift-dive, you’re committed.  There’s no choice but to go with the flow, speeding along a busy underwater freeway, past white-tip reef sharks, herds of humphead parrotfish, schools of sweetlips, and giant clams.  Then, as you get spat out of the channels mouth, you come to a halt. 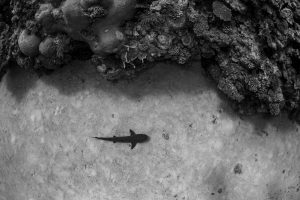 At the outer edge of the atoll, sheer walls of coral plunge down into the abyss.  Every inch is alive. Pink soft corals spray outwards from the wall, and gorgonian fans stretch into the blue like bright red trees, all surrounded by a bustling community of fish.  Cruising in the deep below are grey reef sharks, whilst white-tip reef sharks rest on sandy gully floors. 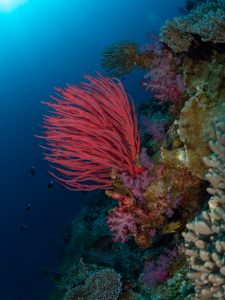 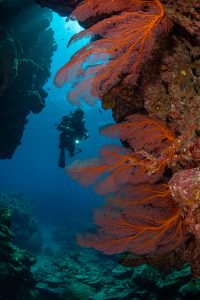 The clear highlight of the trip, Cod Hole, was like a giant cauldron churning with fish.  Hundreds of humphead parrotfish, with their bulbous foreheads and oversized teeth, spiraled around the hole, with schooling trevally and a few reef sharks in the mix too. it was incredible to sit on the sandy bottom and watch the fish swirl overhead. 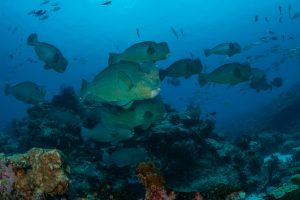 With its vibrant reefs, exhilarating drifts, and the feeling of absolute remoteness, Rowley Shoals is a a hidden gem that few people visit. It was a privilege to explore this unique part of Australia, thanks to Diveplanit for organising, and Tourism Australia for sending us out there.

Thanks to the Kimberley Expeditions crew for showing us the beautiful Rowleys. 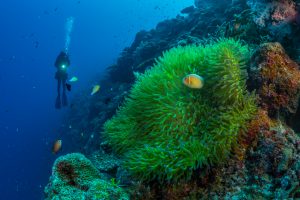 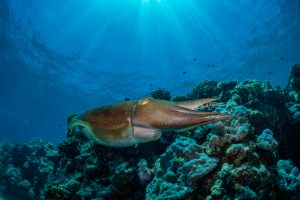 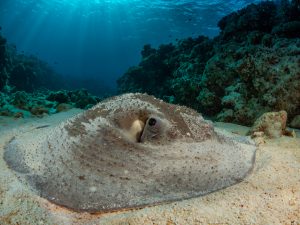