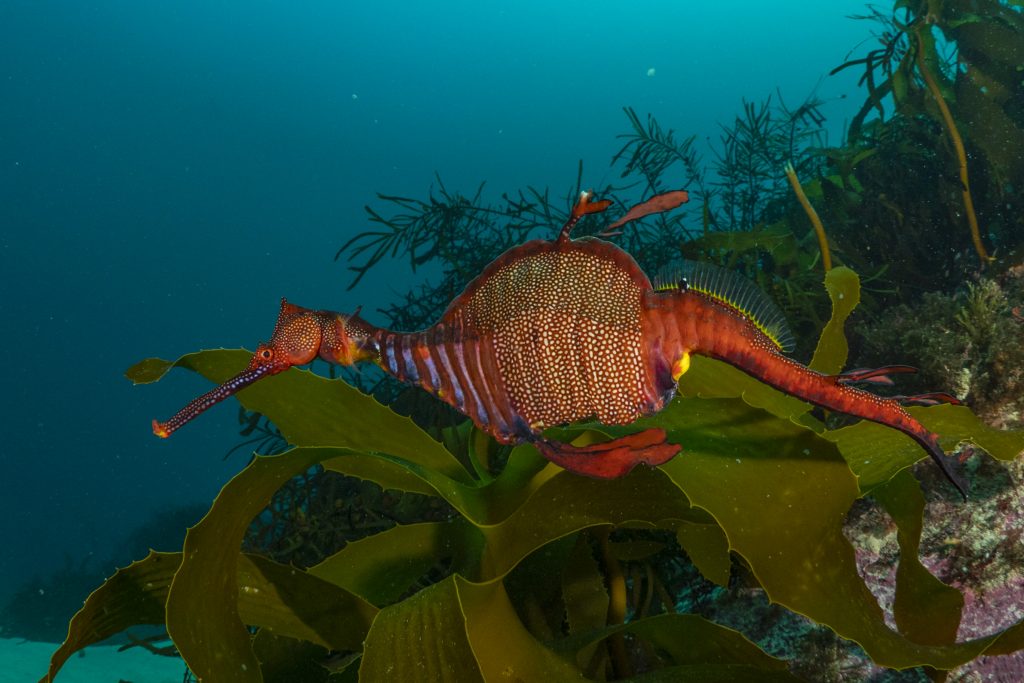 Not only does Tasmania have some spectacular rugged landscapes, there is stunning underwater scenery to match.  Most people don’t realise that a dive in Tasmania can be just as diverse as a dive on the Great Barrier Reef.  Yes, it’s a fair bit cooler, but playful fur-seals, sponge gardens, caves, and sightings of the mysterious weedy seadragon, make it well worth squeezing into a thick wetsuit for!

We spent last week diving with Eaglehawk Dive Centre, on the Tasman Peninsula, for those very reasons. 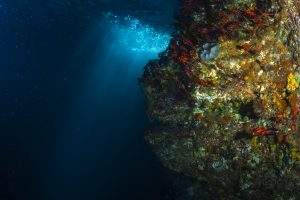 Inside a cave at Eaglehawk Neck 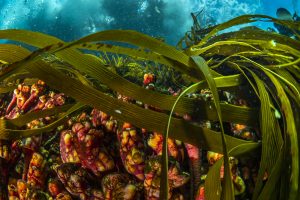 If you have never dived or snorkeled with fur seals before, it’s like being in the water with playful, mischievous, underwater puppies!  The fur seals at Eaglehawk Neck were particularly playful, zooming circles around us, performing underwater acrobatics, and play fighting with each other.  It was constant entertainment! 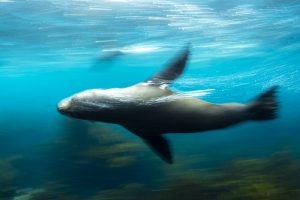 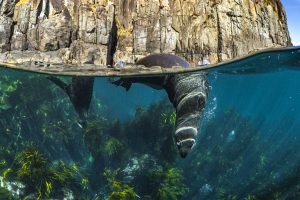 We learned from Dive Centre owner Mick Baron, about the rapid loss of 95% of the giant kelp forests in Tasmania.  It was sobering to hear his accounts of what the area used to be like, compared to what is left now.  Mick showed us just one lone strand of giant kelp in an area that was covered with majestic forest less than ten years ago.  The effects of a warming ocean were indisputably staring us in the face.

Even without the giant kelp forests, there is still a richness of life for divers to see at Eaglehawk.  That makes it all the more incredible to think what the ecosystem would have been like ten, twenty, or even fifty years ago, if it is still this beautiful after such immense loss.

We did an eclectic range of dives, including the deep sponge gardens at “The Sisters”.   After descending to 38m we found amazing sponge gardens surrounded by clouds of damsel fish flitting around.  The colour and life were so overwhelming, it was hard to pick out what to photograph during the short time we could spend underwater. 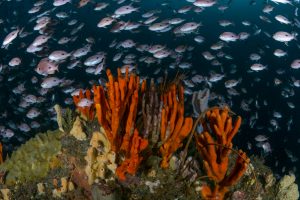 Sponge garden at The Sisters

Whilst we drank a hot soup during our surface intervals, our eyes could feast on the dramatic dolerite cliffs surrounding us.  In particular, the iconic Candlestick – a free standing pillar of rock which soars up from the ocean to a height of 110 metres.  Next to it, the Totem-Pole which rises to 70 metres.  If you are a serious climber this is the place for you!

The landscape and coastlines here hold a treasure trove of caves, rock formations and a spectacular textured platform called the Tessellated pavement.   This, despite looking man-made, is natural occurrence.  The large slabs of rock that meet the sea are divided into perfect rectangles, just like a giant Roman mosaic, and the puddles left as the tide recedes create stunning reflections at sunrise. 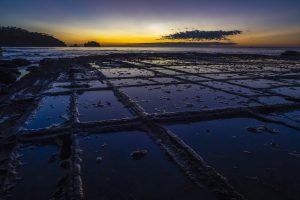 Our time in the Tasman Peninsula was filled with so many beautiful experiences, and it’s hard to believe we’ve barely touched the surface of what Tasmania has to offer.   We are excited to see what comes next.

A massive thank you to Mick & Karen of Eaglehawk Dive Centre for looking after all of our diving needs for the week. 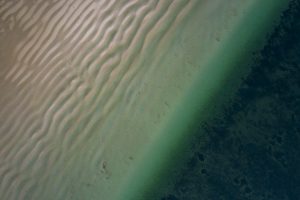